Asian carp and the US Constitution

I had the chance to spend a morning on the Illinois River at Havana with a PBS film crew shooting a new series on the Constitution hosted by Peter Sagal. They came to see and film the Asian carp, which have taken over this stretch of the Illinois River and could make their way into Lake Michigan. If the Asian carp get into the Great Lakes, it will be an ecological disaster caused by a failure of Constitutional federalism. The states cannot solve this problem on their own. They need the federal government’s help to keep the Asian carp from entering the Great Lakes through the many connecting interstate waters. But so far, all three branches of the federal government aren’t doing the job.

While politicians and legal scholars debate the role of federal versus state control in environmental protection, everyone agrees that the federal government must resolve disputes between states, protect interstate resources, and uphold its duties under treaties with foreign governments. But with the Asian carp approaching the Great Lakes, all three branches of the federal government have failed miserably in upholding their Constitutional duties. The Supreme Court has refused to hear the dispute brought by the Great Lakes states. Legislation to solve the problem has gone nowhere in Congress. And President Obama has ignored our obligations to Canada under the Boundary Waters Treaty and has punted the issue to the Army Corps and other bureaucrats.

I’m hopeful that at least one branch of the federal government will offer a solution to the Asian carp crisis soon, before it’s too late. Anyone who doubts the urgency and seriousness of this problem should fly into Peoria IL, drive down to Havana, and spend some time on the Illinois River with Asian (silver) carp leaping at them. I tried to capture the scene with a few pictures:

Asian carp have taken over the Illinois River near Havana 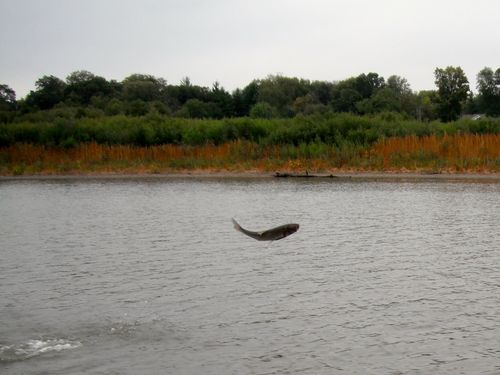 A large silver carp, leaping above the water, which is how they often collide with boaters 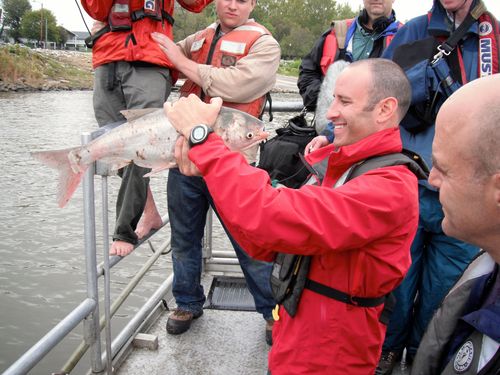 My face-to-face negotiation with the Asian carp 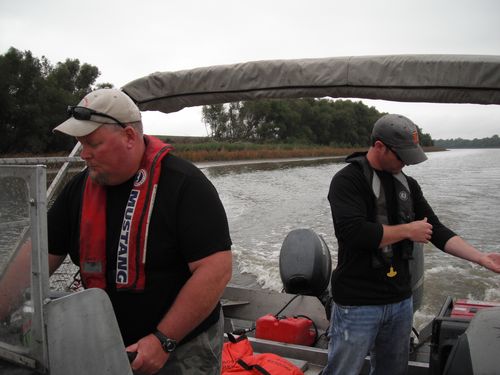 Thanks to Thad Cook, Water Quality Specialist with the Illinois Natural History Survey based at the Havana Field Station, for taking us out on the water